Are mosquitoes spoiling your outdoor fun? Do you have a special event planned this summer and want to make sure mosquitoes are not invited? We offer both one time mosquito treatment service as well as summer treatment plans.

What works best for you?

The Bug Man, Inc. offers monthly mosquito treatment plans from April to October each year, averaging $65 per month for an average-sized yard. We also offer one-time services if you have a special event or just need a one-time treatment.

Mosquitoes are a serious health threat. 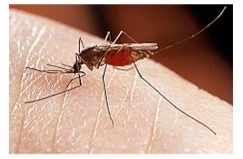 Mosquitoes are estimated to transmit disease to more than 70 million people annually. The mosquito genus Anopheles carries the malaria parasite. Worldwide, malaria is a leading cause of premature mortality, particularly in children under the age of five, with around 5.3 million deaths annually, according to the Centers for Disease Control.

Because of the high mortality rate, EEE and WEE are regarded as two of the most serious mosquito-borne diseases in the United States. Symptoms range from mild flu-like illness to encephalitis, coma and death. West Nile virus was introduced into the United States in 1999 and by 2003 had spread to almost every state with over 3,000 cases in 2006. 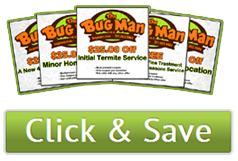 We have been customers of The Bug Man for over 25 years! Because of their great service, we have no pest problems. If we ever encounter something new, they resolve it quickly. They are easy to work with and are flexible with our busy schedules. I would gladly recommend The Bug Man for any home or business needs.